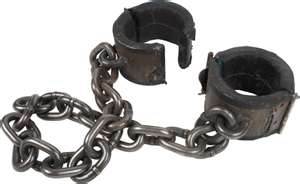 I suppose eighteen months is, at least superficially, better than the indefinite postponement of a new independence referendum being proposed by Pete Wishart. And I know Pete Wishart will protest that indefinite postponement is not what he is proposing. But the “optimum” time cannot be defined – not even by Mr Wishart or any of his supporters – and it most certainly can’t be predicted months or, if some have their way, years in advance. If the time-frame lack any identifiable fixed point then the timescale is, by definition, indefinite. Pete Wishart’s protestation won’t change that, no matter how engorged with indignation they are.

Another thing those advocating this indefinite, or protracted, delay are unable or unwilling to explain is how they intend to deal with the actions of the British government during this period of procrastination. The British Nationalist ‘One Nation’ project is not going to be put on hold while Scotland dithers at the behest of Pete and The Postponers. That project will proceed regardless. And no part of that project is concerned with presenting Scotland’s independence movement with the “optimum conditions for success”. On the contrary, it’s all about preventing the people of Scotland from exercising their democratic right of self-determination – ever!

A document came to my attention today. It purports to be an outline of the main provisions of a “New Act of Union” being drafted by a group calling itself the Constitutional Reform Group. Readers can visit this group’s website and judge for themselves the extent to which those involved represent anything other than the structures of power, privilege and patronage which define the British state.

I cannot testify as to the provenance or authenticity of this document. What I can say is that it is a true and accurate representation of the British Nationalist dream. And Scotland’s nightmare.

Are you worried yet?

The Postponers aren’t. They seem oblivious to the very existence of a project to realise all or any of the above. They appear unaware that locking Scotland into this nightmarish new Union is a major imperative for the British state. They behave as if the British state is benign. They want us to behave as if Scotland’s democracy isn’t under real and imminent threat. They us to disregard the fact that everything we value in our nation is in serious jeopardy.

Even a delay of eighteen months gives the British state time to implement, in part if not in whole, its plans to constitutionally redefine the UK, and the status of the ‘peripheral’ nations, within a ‘reformed’ political union devised without any reference to the people of Scotland, Wales and Northern Ireland or our elected representatives.

Are you angry yet?

You should be. But we must not let that anger dissipate in a pointless and ineffectual outburst of rage. We must use that anger to energise demands for a referendum in September 2018. Then we must set about creating the “optimum conditions for success”, rather than waiting in the hope that, if we wait long enough, they will arise spontaneously.

We must use that anger to overcome the paralysis induced by fear of losing by ‘going too soon’. Fear which blinds some to the fact that waiting too long has precisely the same consequences, but makes them a certainty.

We must direct that anger where it belongs; aimed at those who would impose on Scotland, Wales and Northern Ireland their repugnant, grotesque, horrifying vision of ‘Greater England’.

We must demand that the Scottish Government act to defend Scotland’s democratic institutions, distinctive political culture and essential public services against a British Nationalist onslaught which is already in progress.

We must stand united. We must be as one in our determination to stop this onslaught. We must give our full support to Nicola Sturgeon and her ministers as they confront the might of jealous Britannia.

Even eighteen months is a potentially fatal delay. We must not wait!

46 thoughts on “The shackles are ready”