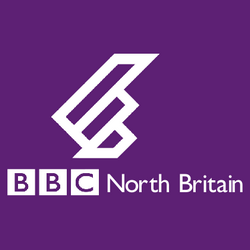 It’s all very well for the BBC to claim that they’re doing better. It may even be true – at least insofar as it’s possible to tell from their artfully juggled figures. But this still leaves the question of why the situation arose in the first place and why it is taking so long to get it sorted. And here we come back, yet again, to the nature of Scotland’s constitutional arrangements.

The fundamental problem is that Scotland’s interests cannot be adequately represented within the Union. Inevitably so, given that the Union’s purpose was always to ensure Scotland’s subordinate status within ‘Greater England’ – or the British state, as we now know it.

It is no surprise at all to find that Scotland is disadvantaged in terms of public service broadcasting provision as this is precisely what the Union is meant to do. Not specifically, of course. But as an unavoidable consequence of a constitutional settlement which is purposefully contrived to deny the people of Scotland full and effective exercise of their sovereignty. If we were able to vote for what we wanted; and if we actually got something approximating what we voted for, it is simply not credible that a situation would have arisen in which we so massively subsidise a public service broadcaster which serves the people of Scotland so poorly. A functioning democracy does not produce such grotesque anomalies.

The most glaring of these anomalies is Brexit. The fact that Scotland is being dragged out of the EU against the democratically expressed will of its people proves beyond question that the UK is systemically incapable of representing Scotland’s interests. What the situation with the BBC does is remind us that this is, not a one-off failure in an otherwise satisfactory constitutional arrangement, but an inherent function of the Union.