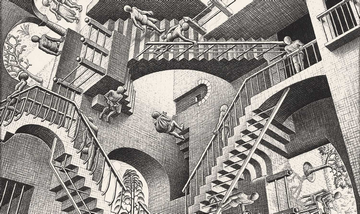 The language here is all wrong. Both Theresa May and the media are talking about her extending the transition period as if it was something she could simply choose to do. In fact, she would have to secure the agreement of the EU for any such extension. And it shouldn’t be assumed that such agreement would be forthcoming.

As is their wont, the British political elite behave with that vaunting sense of entitlement that others find so ugly and irksome. If it’s what they want or what suits them then, on that basis alone, it must be their due. And should they not be afforded, immediately and without question, that which they arrogantly assume to be their entitlement, petulant tantrums will ensue.

There is another problem with the language. Something which speaks, not to the British establishment’s sense of entitlement, but to the delusional stupidity of the British political elite. Note how May refers to an extension of the Brexit implementation period as a “solution” to the troublesome matter of Northern Ireland and the British state’s land border with the EU. One very obvious reason the EU might well refuse such an extension is that, of course, it solves nothing. All it does does is further postpone the moment when the British Government is forced to admit that it has no solution to offer. Because there is no solution!

Actually, that’s not quite true. There is a solution. Membership of the EU is the solution. As the British establishment is belatedly realising – having fallen into the trap of believing its own Europhobic propaganda – the EU has been the solution to a raft of issues over the past four or five decades. Not always a perfect solution. But a working solution. The Mad Brexiteers decided to throw away all of those solutions having given not so much as a moment’s thought to what would replace them.

Dragging out the Brexit process is neither a solution nor a path to a solution. To claim it as such is like insisting you can make three dimensional sense of a two dimensional Escher drawing if you just stare at it a bit longer. It is the claim of an idiot. It is the language of an imbecile.

It is the language of British politics.