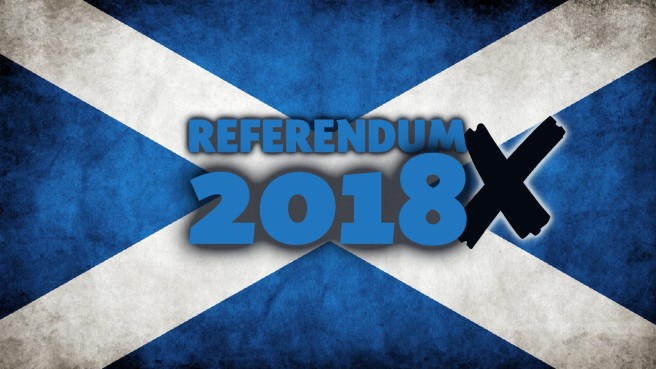 In all this talk of postponing the new referendum, whether it be until 2019 or 2021 or 2022, I see no explanation of how those commending delay propose to deal with the measures that the UK Government will surely implement in order to make a referendum impossible or unwinnable or both. It’s as if they think the British state is a benign entity which is just going to sit back and wait until we get our act together. It’s as if they are dumbly unaware that locking Scotland into a unilaterally redefined political union is one of the principal imperatives driving British policy.

How do we even know there will be any Holyrood elections in 2021? How do we know there will be any Scottish Parliament in 2021? And, even if it is allowed to survive while the Postponers are warming their fiddle-fingers at the bonfire of Scotland’s democracy, how can anyone even begin to imagine that it won’t have been stripped of the power to call a referendum?

At a minimum, all the British political elite would have to do is transfer powers over the franchise to the new unelected and unaccountable shadow administration under David Mundell.

But STILL the Postponers have absolutely nothing to say about such matters. They are so wrapped up in trying to think of ways to game the British political system it never occurs to them that there is actually no reason at all why we should be playing according to the rules of that system.

Worse! They genuinely seem to suppose that the ‘right time’ for a new referendum will just magically emerge from conditions which – by THEIR choice! – are all but entirely determined by forces that are intractably opposed to the people of Scotland EVER being permitted to exercise their right of self-determination.