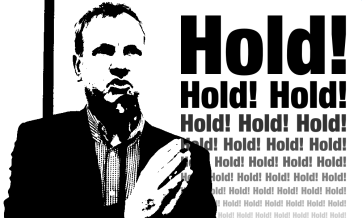 We have here a curious instance of someone getting the point, then losing it. Pete Wishart lights upon a highly significant observation, only to immediately walk away from it in his eagerness to get back to comfortable and comforting platitudes about “new independence case”.

Difficult as it may be for some to believe, there was a time when there were genuinely Scottish Conservatives who really were regarded as the defenders of ‘Scottishness’. As Pete acknowledges, in the decades following WW2 that ‘Scottishness’ was threatened by a “pervasive, unifying British identity”. It was Conservatives, and particularly rural Conservatives, who stood for all that was distinctively Scottish.

In part, those Scottish Conservatives were standing against the homogenising influence of post-war socialism. But they were also resisting the rise – or should we better say, the resurrection – of a form of British identity which had its roots in the idea of the UK as a ‘Greater England’ within which all the constituent parts, but particularly Scotland, were to be subsumed.

Sound familiar? What those Scottish Conservatives were resisting was an earlier, less aggressive, less extreme form of the ‘One Nation’ British Nationalism which today threatens Scotland’s distinctiveness.

This is, of course, an oversimplification. But there is an essential truth here which Pete Wishart first notes, then chooses to disregard. The Scottish Conservatives of that post-war era won support in rural Scotland (and to some extent in urban areas as well) in large part because they tapped into a popular mood which valued Scottish distinctiveness and rejected the concept of a ‘One Nation’ British state.

What is perplexing is that, having picked up on something which has obvious relevance to the constitutional debate today, Pete Wishart declines to explore its implications. If opposition to ‘One Nation’ British Nationalism was a significant influence on attitudes and electoral choices in rural Scotland then, might it not be an important consideration now? If people in rural communities placed such value on ‘Scottishness’ then, is it not reasonable to assume that they might still do so?

Of course, that was fifty years ago. Times have changed. But have those attitudes also changed? Is that not, at the very least, a question worth asking?

Might it not, therefore, be a latent force for Scotland’s independence campaign? If the Scottish Conservatives of old could tap into a vein of opposition to the threat of a “pervasive, unifying British identity” back then, why should the independence movement not exploit that same well of popular feeling today?

Other things have changed since a vote for the Scottish Conservatives meant a vote for ‘Scottishness’. Scotland’s distinctiveness has changed dramatically in both form and degree. Whatever ‘Scottishness’ meant fifty years ago, today it refers to a distinctive political culture. To whatever were the historical and cultural connotations of the term has been added a brand of politics which contrasts starkly with that of the British state. A more progressive and humane politics which is increasingly at odds with the harshness and coldness and downright cruelty of British politics.

There is more that is distinctive now than there was then. More that is worth defending.

The threat has also changed. The “pervasive, unifying British identity” has metamorphosed into an ugly, bitter brand of ‘One Nation’ British Nationalism which poses a real and imminent threat, not only to Scotland’s distinctive political culture, but to the very democratic institutions and process which have been the source of that distinctiveness. British Nationalism is no longer merely concerned with suppressing ‘Scottishness’. It seeks to destroy ‘Scottishness’ at its roots.

The threat is greater now. There is more that must be resisted.

The obvious conclusion from all of this is that the Yes campaign should take the form of a bastion against the threat posed by this pernicious British Nationalist ideology. What would seem to logically follow from the first part of Pete Wishart’s analysis is that the Yes campaign should go on the attack against a project which would subsume Scotland into a homogenised British state.

I surely can’t be the only one who is perplexed at the way Pete Wishart side-steps the pachyderm in the parlour to get to the comfy chair of his preconceived notions about a “new independence case”.

Even if there was anything “new” to be said about independence, what is the point of presenting this to people who aren’t listening because they’ve already decided that independence isn’t happening? What purpose is served by putting all the resources of the Yes campaign into polishing a proposition which is already as perfect as any political proposition might be?

Why is Pete Wishart so resistant to the idea of doing something new? He almost makes the case for a Yes campaign focused on vigorously defending what Scotland has and aggressively attacking that which puts it in jeopardy. But then he backs off from this and takes refuge in a rather less politically ‘brave’ obsession with being ‘positive’. He almost gets there. But then he chooses to let the British Nationalists off the hook. Why?