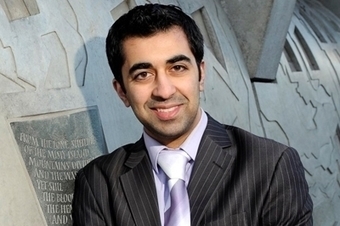 Government ministers have been accused of leading a

Peter A Bell‘s insight:
Jim Murphy’s shiny new, reformed British Labour in Scotland doesn’t look much different from the old British Labour in Scotland that was described in such disparaging terms by Johann Lamont as she flounced out the door of the branch office she had been managing so ineptly. Still all we get from these “dinosaurs” are petty, pointless and ill-thought attacks on the SNP.

Once again we see an example of the groan-inducing, infantile stupidity that has characterised British Labour in Scotland for just about as long as anybody can remember. All born of their intellect-crippling hatred of the SNP. Quite apart from the fact that, given who has been appointed as the new branch office manager, “Scottish” Labour should be steering well clear of any mention of expenses, all they have done hear is give the SNP an opportunity to remind voters how competently they have been running the country since British Labour’s stranglehold on Scotland was broken by by the voters back in 2007.

With their customary contempt for those voters, Murphy’s mob actually imagined that we would be gullible enough to believe their puerile line that Humza Yousaf travelled to Qatar for no other purpose than to indulge a taste for luxurious living at taxpayers’ expense. The only ones who are going to swallow that kind of inane drivel are those sad souls who have already succumbed to the same kind of mindless hatred of the SNP which leads British Labour in Scotland into such serial idiocy. (See John MacIntyre OBE, WOKING)

British Labour, along with their Tory allies, simply haven’t grasped the fact that politics in Scotland has been transformed by the Yes campaign. They are oblivious to the fact that people in Scotland are now politically aware and engaged to an extent that would scare the skitters out of old-time machine politicians like Jim Murphy if only he wasn’t so completely unaware of what is going on outside the bubble of his own ego.

Fewer and fewer people are prepared to unquestioningly accept the kind of vacuous propaganda that is pretty much all we get from the British parties in Scotland. More and more people realise that the mainstream media is little more than a conduit for this propaganda. Increasingly, they are questioning everything they are told by those who represent a British establishment engaged in a desperate struggle to defend the old order and the old ways against a rising tide of progressive democratic dissent in Scotland.

It’s the same old story from British Labour in Scotland. Even while the talk of change grows daily more strident, the reality is a retreat into the familiar territory of smears, distortion.